Translate this website:
Home News Anglicare Nt Board Commits To The Voice Enshrined In The Constitution

Anglicare NT Board commits to the Voice enshrined in the Constitution

On Saturday 1 October, the Board of Anglicare NT voted unanimously in support of the Uluru Statement from the Heart and the referendum for constitutional recognition of a ‘voice to parliament’ for Aboriginal and Torres Strait Islander peoples.

Anglicare NT CEO, Mr Dave Pugh, said this is a historic moment for the organisation that further adds to previous commitments to the Uluru Statement from the Heart and to Aboriginal self-determination. Anglicare NT will encourage supporters and staff to vote ‘yes’ in the federal referendum committed to by Prime Minister Albanese.

The Anglicare Australia Network pledges our support to the three key elements outlined in the Uluru Statement from the Heart.

We hear and support the call for the establishment of a First Nations Voice enshrined in the Constitution to empower First Nations peoples.

We hear and support the call for a Makarrata Commission to supervise a process of agreement making between governments.

We hear and support the call for the Makarrata Commission to oversee a process of truth telling about our history.

Anglicare NT Board also committed to create its own statement of commitment to be signed by the Board Chair at its February 2023 meeting. 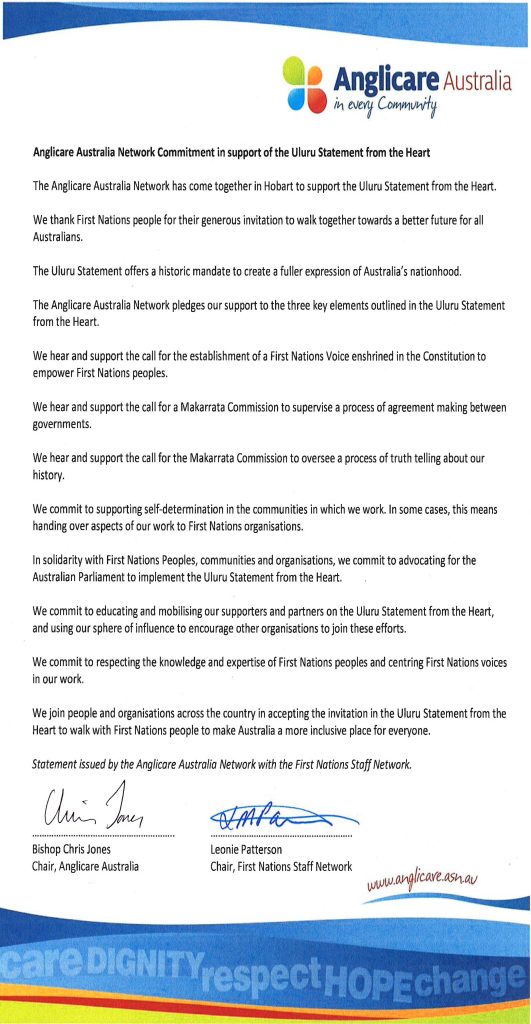 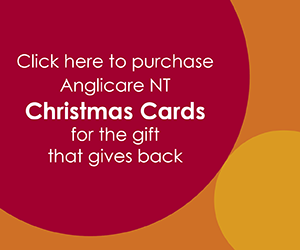