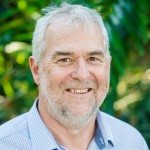 After nearly 30 years away, David returned to Darwin from Victoria in 2013 to take over the role as CEO at Anglicare NT.

He has spent over three decades working in the non-profit sector, and prior to his current role was CEO of St Luke’s Anglicare in Bendigo, Victoria, where he spent 23 years and was well known for his community leadership and vision.

David’s vision for Anglicare NT is to see delivering consistently effective services that make a lasting change in the lives of Territorians that may need support.  He is committed to ensuring Anglicare NT is strongly linked to Aboriginal and Torres Strait Island culture and communities. He believes Anglicare NT, as a faith-based agency, has a significant role in contributing to fairness, respect and community.